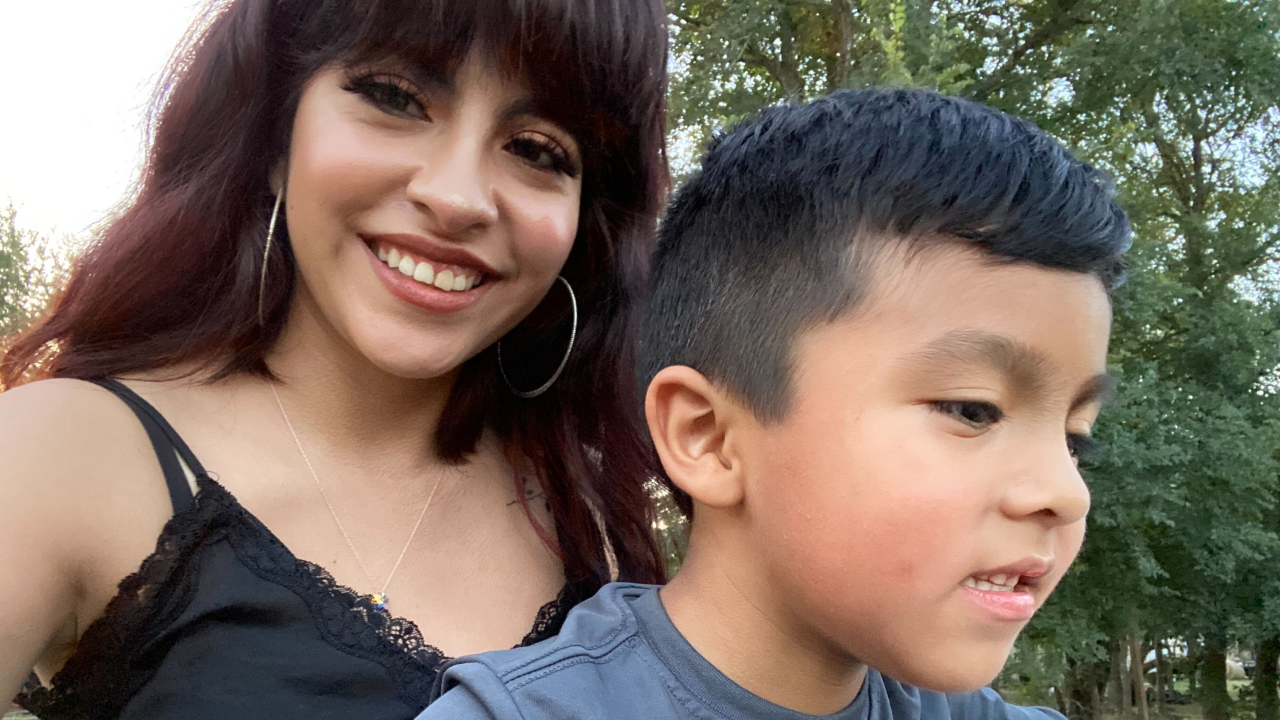 To give you a glimpse of what life is like after Avocademy, we reached out and touched base with Noemi Hernandez, a recent graduate of our UX/UI program, who is now happily practicing UX/UI in the field. Noemi joined the Avocademy family in late 2021 and graduated in October.

Check out our conversation below to get a glimpse into Noemi’s experience and gain some insight on Avocademy and UX/UI.

Q: How long did it take you to find a job upon completing your course at Avocademy?

A: It took me a little under four months.

Q: What is your current title?

A: I am a product designer for Roadpass digital. I’m working with the R-Village team, and I am the only designer on that team since they do have quite a variety of products available. R-Village is a community for those who like to use RV’s, it’s like a Facebook for RV’s.

Q: In what ways did Avocademy support you to find this job?

A: I was able to get a lot of guidance, I was doing a lot of mock interviews and mock portfolio walkthroughs. I also really liked the daily connect because it kind of kept me accountable for everything and gave me a boost of positivity. Sometimes I would get discouraged doing all these things and seeing nothing happen but checking in with other people and knowing I’m not alone and that there are other people going through the same things really helped me.

Q: Did this type of mentorship Avocademy provided you carry over after you graduated?

A: Yes, definitely, I know I can always message Maca if I need anything, or other designers, if I know that I’m experiencing something someone else has experience in I can message them. I definitely feel like there is still that same support after graduating. I still try to keep in touch but it’s hard sometimes now because life has gotten really busy, but I feel like I have made some lifelong friends who I will keep in touch with.

Q: What is your favorite part of your current job?

A: That’s a tough one because I feel like there are so many perks. Overall, I feel like it’s really that I get to do impactful work because I am the only designer working on my project. Seeing everything kind of come to fruition and being like wow I did that is so rewarding.

Q: What is the most difficult part of your work?

A: I guess it kind of goes both ways being the only designer. Sometimes it can be hard because I’ll get stuck on something, but I always have other designers that I can reach out to within the company, so that’s really nice. But like I said it can be a lot sometimes, when you are trying to figure something out and maybe you are trying to get feedback from someone else, but they don’t know the specifics of the projects. So that can be a little challenging, but overall, it’s not too bad, you just learn to maneuver through it.

Q: Tell me about some of your current users and how you try to meet their specific needs.

A: The current users are kind of an older crowd so we are trying to maneuver away so we can keep them but at the same time reach out to a younger crowd because RV’ing has become so popular during the pandemic. It’s pretty cool too because now a lot of companies are going remote so there really is a lot of people interested in RV’ing. So we are trying to keep things super intuitive for our older users but also create something that catches the younger crowds' eyes.

Q: What are some of your favorite projects

A: Oh, I have had a couple! I don’t know how much I can talk about because a lot of my stuff hasn’t been fully released, but without being particular there is a lot of old outdated stuff. We are updating the UI and that’s really exciting because it’s going to give the project a fresh new look and I think everyone's going to really like it.

Q: What is your next career goal?

A: I probably would say I want to establish R-Village just because there are so many things, and I am the first designer they have ever had. So establishing good common practices and overall workload and stuff like that and if I get the chance become lead designer from there on. Apart from that, I don’t know much, I want to make sure R-Village is really set and structured, so that’s my main goal right now.

Q What made UX design feel like the right path for you?

A: Before Avocademy, I was doing hair which is a big jump! That being said, I think there is a lot of overarching things like before I was always consulting with clients and trying to their feedback and so with UX you're doing the same thing, you're trying to understand your users. First, I was designing hair and now I design other things but it’s surprisingly similar. I think doing hair was a little more fast-paced because you're coming up with solutions for a client on the spot and you have to figure out if what they want is attainable in the time frame you have. Similarities like that are what really push me to do UX/UI.

Q: What strengths do you possess that have helped propel you to your goals?

A: Because I did hair, I was used to getting constant feedback from clients and I think that’s a really important trait to have, being able to take in feedback and not get too attached to your designs. There are so many ways to do design, and there is no right or wrong way so it’s important to be open to other ideas.

Q: What compelled you to try UX/UI?

A: Right when the pandemic happened the salon shut down and then I got COVID, so I was home for a month and it gave me a lot of time to reflect, and I was like, I can continue on this path or I can do something completely different and get out of my comfort zone and try something new. You never know what can happen. So to me, the second choice sounded more exciting, so I did some research and found. UX/UI and I thought it was really cool so I decided to jump in.

Q: What advice can you give someone without a college background that is interested in UX/UI?

A: As long as you're into it and willing to learn and get feedback and power through. The best way I learned was just jumping into things and doing them and it has worked out well.

Q: What is the most difficult part of learning UX/UI

A: For me personally it was a lot of the UI like spacing and making everything pretty. In my mind I always asked if it doesn’t function than what's the point but there are some things that create the overall experience.

Q: What advice can you give someone who want’s to be a UX/UI designer?

A: Read a lot of books. You already will learn in the course but hearing it from other people is really cool because then you can put all the pieces together. Also practice what you're struggling with. Sometimes we shy away from things we struggle with but you should take them head-on because that is what can set you apart from other people.

If you are interested in UX/UI, dive in like Noemi and schedule a free mentor call today!

This interview has been edited for length and clarity.